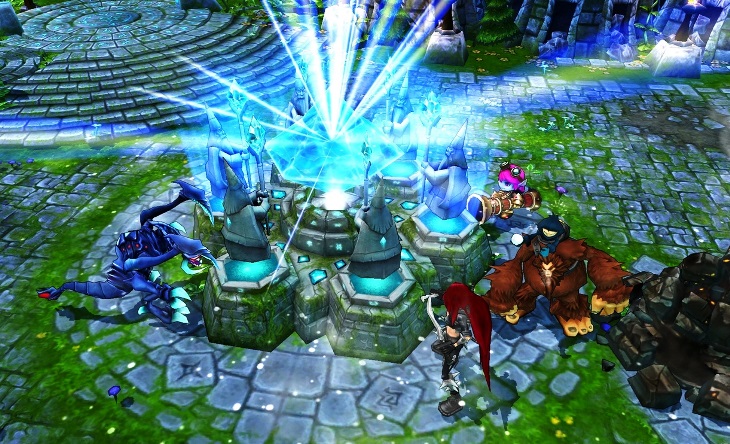 There have been several articles in the past few days about the fact that we will be doing Mundo alone again this year and the frustration that it brings. One of the points mentioned most often is that the new champions are bringing in more money than VGU. People on both sides defending and criticizing the riot used this to justify why the riot favors the new champions over the VGU. Today Riot Reav3 confirmed the reason why new champions like Viego were not in possession of Covid and VGU. His comments about the VGU and the state of mind of the community are more interesting :

I’m not sure where that feeling comes from that champions earn much more than VGU. Some VGUs earned more money than the new champions (especially those with large skincatalogs that are updated with the VGU); some niche champions earn much less than the basic GU. Besides, with VGU, if we are champions, we can always make skins for it, just like we can make skins for a new champion. At the end of the day, it doesn’t really matter. The champion team is part of Riot’s gameplay initiative, whose main goal is participation, not revenue. Skins usually earn more than a new champion, and it’s not really a goal for the champion team to generate revenue. Our main goal is engagement, which means making products that enable people to play LoL. One of the reasons we’ve reduced the number of VGUs is that we’ve seen data that shows that every time we do VGUs, there are a number of players who finish the game completely, mostly a network of champions who don’t like to remake. If we do a lot of VGU in a year, as we have done in the past, we actually start actively working against the main goal of the championship team, which is commitment, because we will see less commitment in the game because a lot of players will leave because of VGU. In fact, a few years ago, when we did a lot of VGU (and class upgrades), we saw a pretty big increase in the number of players in the polls at the time who were angry that we were changing way too much and way too fast that season. Since then, things have improved considerably as we have reduced class upgrades and VGU rates. As I said before, we want to keep doing VGU because we believe in the longevity of LoL, and part of that is making sure the game feels modern and relevant, which means updating former champions who don’t have that feel, but I don’t think saying that “all players want VGU” is an accurate statement, at least not according to the actual data we have from player surveys.

This comment is related to many of the general discussion topics that have been launched in the submarine lately, so I would like to know what the community thinks. After every VGU, we always have mixed feelings about the submarine from players who like the update and those who hate it. More generally, sabreddits that have accepted upgrades such as Warwick, Fiddlesticks, Mordekaiser, Urgot, etc. have campaigned against the upgrade to try to get it back.

What do you think? Should Riot prioritize VGU again, even if it forces players to leave the game for a long time? Is it safe for Riot to make new champions instead of rearranging the old ones (I’m looking at you, Seraphine) since so many players always say “why would Riot take away my main character instead of making a new champion”?

2020 will satisfy both classic and modern players. To be included in the list, a game must be confirmed for 2020, or there must be a good reason to expect its release this year. Upcoming games with a simple announcement and no significant release date are therefore not included in the list.

By 2020, there will be a lot of… In the world of video games. Here are fifteen games we’re looking forward to in the first half of 2020.